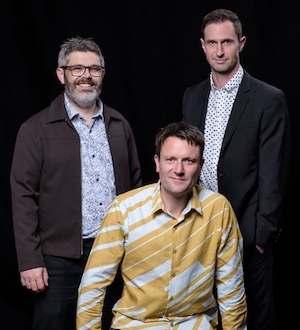 Chris was a finalist in the 2019 SOUNZ Contemporary Award with his violin concerto ogee. His fellow finalists, both with exceptional violin concerti, were Chris Gendall and Michael Norris (the eventual winner).

premiere and recording of double duo

double duo was commissioned by Ben Hoadley and was premiered at the Tim Melville Gallery in October 2016 by Hoadley (bassoon), Andrew Beer (violin), David Samuel (viola) and James Yoo (cello).

A special recording was made a few months later at the Music Theatre, University of Auckland School of Music.

The work continues Watson's recent interest in providing musicians with 'floating' gestures, that must be placed as a form of loose commentary against the progress of strictly notated musical lines. In this case the viola and cello are paired with the bassoon and violin respectively, embellishing the dialogue of these protagonists.

Chris has won the 2015 SOUNZ Contemporary Award at the APRA Silver Scrolls for his piano concerto sing songs self.

He was a finalist alongside his friend and mentor Ross Harris (Piano Quintet) and emerging young talent Reuben Jelleyman (Expanse). See Chris accept the award at the Silver Scrolls evening at Auckland's Vector Arena, below, from 3:20:49.

And hear him discuss his win with Radio NZ Concert's Cynthia Morahan here:

ogee, a concerto for violin and orchestra written in 2008, was recorded by violinist Justine Cormack and the New Zealand Symphony Orchestra, conductor Hamish McKeich at the Michael Fowler Centre.

Some Cries of Wellington

Some Cries of Wellington was commissioned by the Adam Chamber Music Festival with funding from Creative New Zealand. 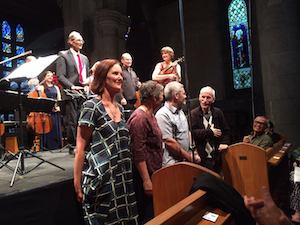 Chris is the subject of an hour long interview with Kenneth Young covering many of his works and his life in music.

sundry good, a string quartet commissioned by Stroma with funding from Creative New Zealand was premiered by Vesa-Matti Leppänen (violin), Rebecca Struthers (violin), Andrew Thomson (viola) and Rowan Prior (cello) at concerts in Auckland and Wellington.

Alex Taylor, writing in the Listener said, "Chris Watsons sundry good was the standout: unflinchingly dramatic and fluid where everything else on the programme tended towards stasis. Watsons musical materials seemed to consist of scraps, decorations, residues, but they were knitted together to create striking trajectories and interactions between the independent voices of the quartet. Vesa-Matti Leppänen was a spritely protagonist here, triggering cascades of activity through the ensemble. The players seemed to thrive on these gestural exchanges: where most of the other works felt safely contained, sundry good threatened to burst at any moment, filling a void of dramatic tension." 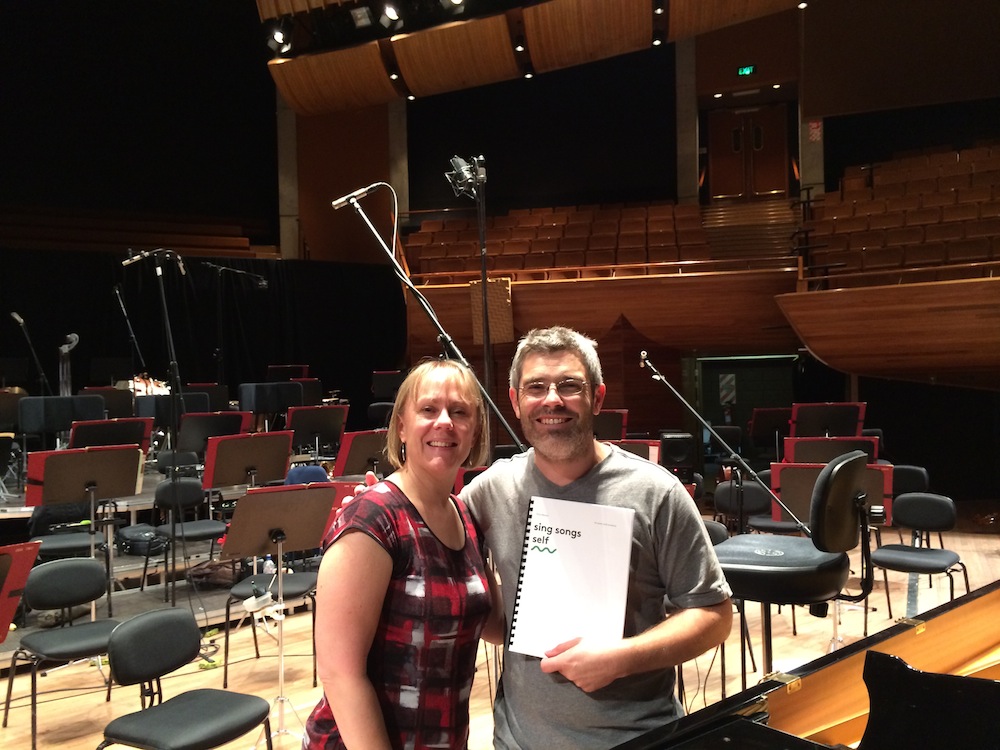 sing songs self, a concerto for piano and orchestra, was recorded by pianist Sarah Watkins and the New Zealand Symphony Orchestra, conductor Hamish McKeich at the Michael Fowler Centre.

sing songs self is dedicated to Sarah Watkins.

After a six year wait, orbicularis was premiered by Luca Manghi (flute) and pianist Dean Sky-Lucas (piano) under the auspices of the Karlheinz Company at the Music Theatre, Auckland University.

Composition of orbicularis was funded by Creative New Zealand.

Reviewing the concert for The Listener blog, Alex Taylor said:

"Brought to life with an impressive lightness of touch by flutist Luca Manghi and pianist Dean Sky-Lucas, Orbicularis by Chris Watson explored the explosion of a single melodic line. Occupying a chiefly treble register, the work bent and flurried, both instruments dovetailing and punctuating each other's material with witty interjections and non sequiturs. The title of the work comes from a facial muscle used in playing woodwind instruments, orbicularis oris. Watson has written another woodwind work, Mandible, which shares an interest in facial musculature. I couldn't help but ponder that the incredible complexity of those muscles and the myriad expressions they produce seems in a sense analogous to Chris Watson's music: intimidatingly intricate, but also emotionally rich."

SOUNZ has welcomed news from NZ On Air that it will increase funding to allow Chris to film and edit performances of works by New Zealand composers full time. This new role is an extension of the Resound project which Chris has managed since its inception in 2010.

Resound is an initiative of Radio New Zealand Concert and SOUNZ - Centre for New Zealand Music, funded by NZ On Air, which relicences RNZ Concert audio for re-broadcast and use online, re-records select works and, now, engages in film work.

Films made by Chris under Resound can be accessed via www.resound.org.nz. 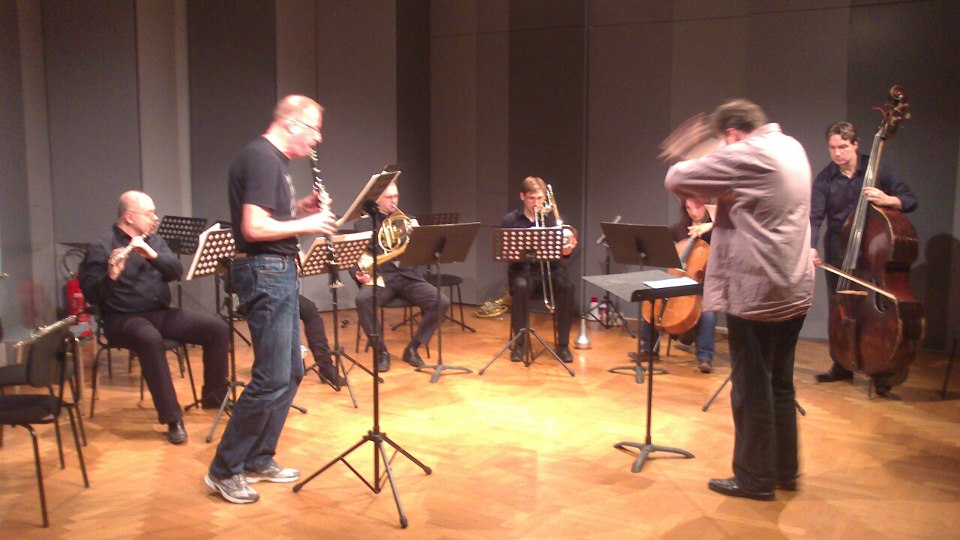 premiere of tag (and release) 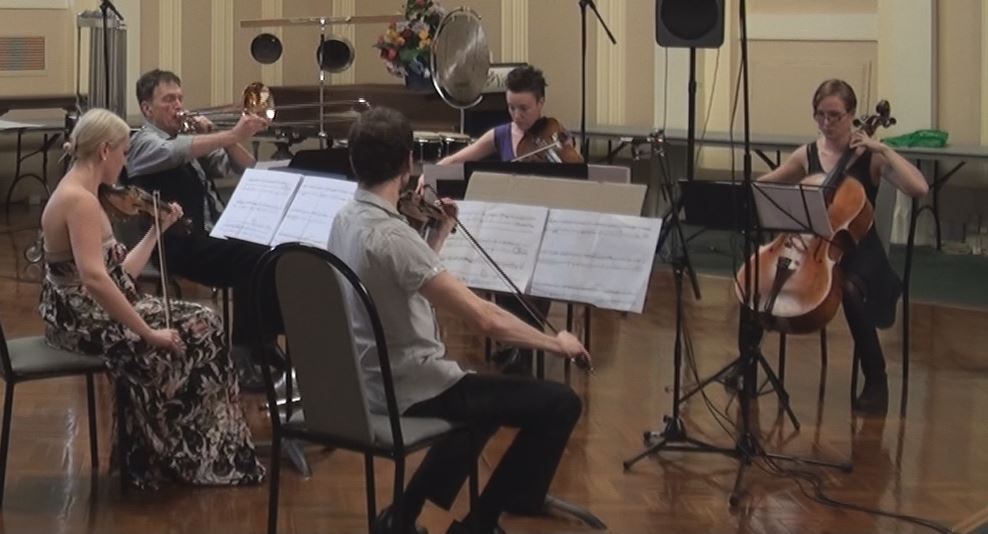 The Silo String Quartet and trombonist Barrie Webb gave the premiere of tag (and release) at the Richmond Town Hall, Melbourne. The work was commissioned by the Melbourne Composers League and is dedicated to the players of the first performance.

The work is a departure for the composer, featuring conventionally scored solos acting as a guide for free-floating accompanimental details, freeing the ensemble from the need for a conductor. Details here. 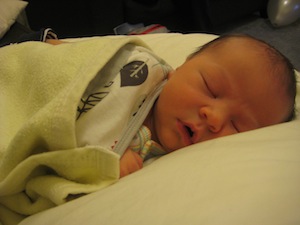 175 East, conducted by Hamish McKeich, gave the second performance of this work at the Kenneth Myers Centre in Auckland. Listen to the performance in its entirety below. 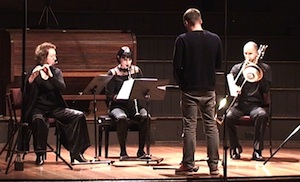 This short trio for flute, clarinet and bass trombone, was premiered by 175 East at the opening concert of the 30th CANZ Nelson Composers Workshop. 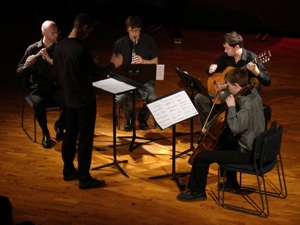 homage to varèse's "octandre" was performed by the Oberlin Wind Ensemble, conductor Timothy Weiss, at the Warner Concert Hall of the Oberlin Conservatory, Ohio. 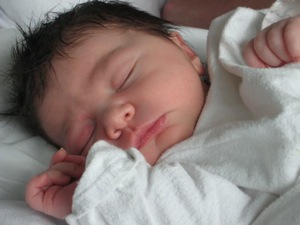 Duo Pestova/Meyer has given the European premiere of the piano duo coffee table book at the opderschmeltz in Luxembourg.

Click here to see video of the very first performance in Wellington.


175 East (cond. Hamish McKeich), with guest guitarist Dylan Lardelli, has given the first performances of about nothing...really. It is envisioned that several versions of the work will be prepared to fit with performance opportunities that present themselves on Dylan's travels in Europe.

This first version, for flute, clarinet, guitar and cello, was premiered in Christchurch on 9 April 2010, with a further performance in Auckland two days later.

Click here to go to the about nothing...really page.

Arnold Marinissen (percussion) and Marco Roosink (violin), under the auspices of Camerata Busoni, have premiered duo music at the Nieuwe Veste in Breda, The Netherlands.

duo music was made possible by funding from Creative New Zealand - thanks CNZ!

After a productive and challenging two years spent in Dunedin as the University of Otago's Mozart Fellow, Chris has returned to Wellington to live.

As work progresses on a new piece for guitarist Dylan Lardelli and small ensemble, Chris has taken up the role of Co-ordinator of the Resound project at SOUNZ, the Centre for New Zealand Music.

schemata, a work for piano trio, was premiered by Tessa Petersen (violin), Jono Squire (cello) and John Van Buskirk (piano) in a concert at Marama Hall, University of Otago, on 20 September. It was heard alongside works by Anthony Ritchie, Peter Adams, Douglas Lilburn, David Farquhar and John Rimmer. Due to its micro dimensions (three movements over little more than two minutes), performances of schemata framed the concert.

Thanks to Tessa, Jono and John for their commitment to the piece and their excellent performances of it.

Use the above window to view the performance.

The composer wishes to thank Xenia and Pascal for their hard work and dedication to the score.

Use the above window to view the Wellington premiere.


Chris has realised a 42 minute documentary titled The Composers Association of New Zealand Nelson Composers Workshop: Inside the Incubator. The Workshop is an important annual gathering of emerging New Zealand composers and has been attended by a majority of NZ composers to have become established in the past quarter century.

In this, the first of many projected documentaries about NZ composers and their music under the moniker "dr watson docos", two young composers (Alex Hay and Alex Taylor) are followed through the processes of rehearsal, performance and group critique at the 2008 CANZ Nelson Composers Workshop. Some of the country's top composers, attending the Workshop as tutors, recount their experiences at the now 28 year old institution and the connections between Nelson and its precursor, the Cambridge Summer Schools (1946-1984), are examined.

The film's premiere took place on the opening night of the 2009 CANZ Nelson Composers Workshop on July 5. Use the above player to watch the film via Vimeo, or contact Chris to order your copy on DVD (at a nominal cost).

Chris would like to thank Michael Parsons, who edited the sound, Natalie Hunt, who captured footage with the no.2 camera and James Dunlop, who provided recordings of workshop performances. As well as Samuel Holloway and Mary Binney (convenors 2008-9), CANZ, Alex Taylor, Alex Hay, James Gardner, Michael Norris, Gillian Whitehead, Jenny McLeod and SOUNZ, the Centre for New Zealand Music.

This ten minute piano duo was commissioned by Duo Pestova/Meyer (Xenia Pestova and Pascal Meyer) for a tour of New Zealand in July 2009. Premiere performance is at the Zealand School of Music, Wellington, on July 17, with a further performance at Otago University, Dunedin, on July 22.

Click image to go to the coffee table book page. 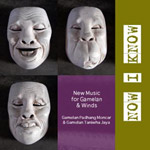 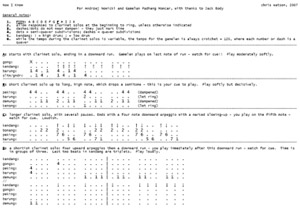 Now I Know was funded by Creative New Zealand.

Watch the Christchurch performance below.

Chris's tenure as Mozart Fellow at the University of Otago has been extended until the end of January 2010.

Work on a duo commissioned by Arnold Marinissen (percussion) and Marco Roosink (violin) under the auspices of Camerata Busoni is completed.

duo music was funded by Creative New Zealand and is due for premiere as part of Camerata Busoni's 2009/10 season in The Netherlands. 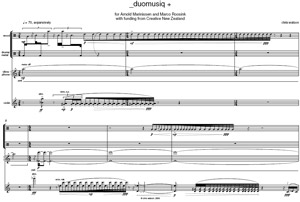 Click image to go to the duo music page.

pivotal orbits was performed as part of the New Zealand Symphony Orchestra's Made in New Zealand programme at the Wellington Town Hall. This New Zealand premiere performance was conducted by Kenneth Young and appeared alongside works by Helen Bowater, Richard Fuchs, Gao Ping and David Farquhar.

This new eight minute work for flute and piano was commissioned by Mette Leroy (fl) and Jamie Cock (pno) with funding from Creative New Zealand. Named for the facial muscle chiefly used in the playing of woodwinds, its premiere performance will take place in 2009. 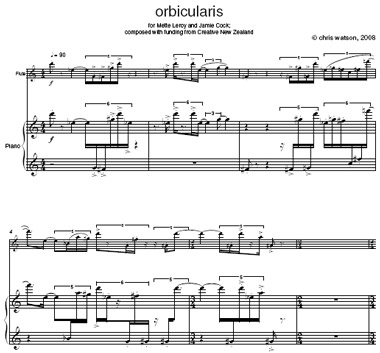 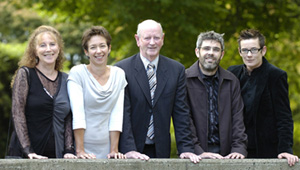 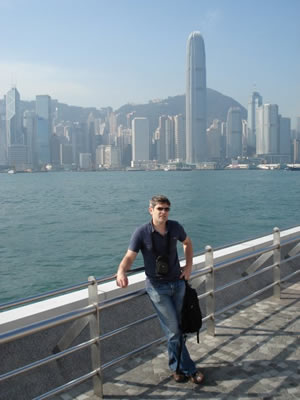 Chris has enjoyed a few weeks visiting the Chinese mainland, Hong Kong and Macau. The trip was centred around attendance of the ISCM-ACL 2007 World Music Days in Hong Kong/Macau, preceded by a stay with an old friend in Shenzhen and followed by trips to Chengdu and Xian.

Homage to Varèse's "Octandre"  was premiered by gateseven (cond. Justus Rozemond) on November 15 at St Andrew's on The Terrace. This work was partially funded by Creative New Zealand.

now i know premiered in Indonesia 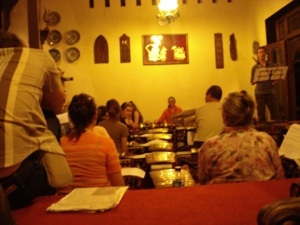 A studio recording of mandible was made by its commissioner, Andrew Uren, at the Adam Concert Room. James Dunlop engineered the recording.

Andrew has performed the work on several occasions, including at the 2005 World Bass Clarinet Convention in Rotterdam, at the IAMIC Conference in Wellington and the Nelson Composers Workshop.

Chris is working part-time at SOUNZ, the Centre for New Zealand Music, preparing content for its website relaunch in late 2007.

Chris's PhD was submitted on 14 November '06, ending an arduous three years of academic work. The final year of study was unable to support composition, it being dedicated entirely to thesis research and write-up. However, 2006 did see some composition-related activities:

 circuit:spiral, a finalist in the 2006 Douglas Lilburn Prize, won the competition's Panel Prize

 string orchestra work aufsatz received a closed reading by the NZSO. The recording was made to broadcast standard by Radio New Zealand Concert.

...vers libre... was played in the Three Generations concert of the Neue Musik aus Neuseeland festival at Musikhochschule Lubeck, Germany.